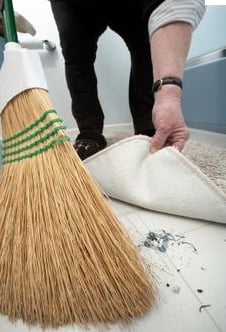 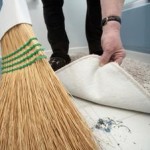 The DSM is psychiatry’s bible. If a disorder isn’t in there, insurance companies won’t reimburse treatment costs for it, so psychiatrists don’t diagnose patients as having it. In the health care world, “Reality is what the DSM says it is.”

This move comes just as the DSM’s pathological-gambling work group has determined that another highly stimulating, non-substance compulsion, gambling, will be upgraded to the renamed category: Addiction and Related Disorders—so that they can treat such patients for addiction. How, in the name of science, can one compulsion (gambling) be recognized an addiction risk while the other (compulsive sexual behavior) is casually dismissed?

All addiction is a matter of science

In recent years, the DSM has been taking a lot of heat for generating new mental health pathologies, some of which have resulted in over-diagnosis and over-medication. We understand its desire not to stick out its collective neck just because people chase booty or look at raunchy videos to excess.

However, as the gambling revision indicates, behavioral addictions are now verifiable pathologies “characterized by a loss of rational control, as well as significant and measurable changes in the neurochemistry of the brain.” The same physiological mechanisms and anatomical pathways are at work in gambling, video gaming, overeating, drug use and excessive sexual behavior. We now have the tools to measure (across populations) brain changes associated with all addiction. As a neurologist Max Wiznitzer explained,

We already know what the [brain] imaging profile is for addictive behavior and what the profile is for the reward system, which is the dopamine system. …[T]his is a nonspecific activation pattern that is not stimulus sensitive. No matter what the addiction, it’s going to affect the same areas.

It stands to reason if you can derange [brain circuits that evolved to reward survival-enhancing behavior] with pharmacology, you can do it with natural rewards too.

In short, rather than demoting or removing “Hypersexual Disorder” from the DSM, the work group should move it to the new Addiction and Related Disorders. Already the DSM acknowledges that pathological gamblers and those suffering from compulsive sexual behaviors often show similar symptoms, such as inability to control use despite negative consequences and escalation to more extreme stimulation. (Compare criteria here and here.)

These lopsided databases don’t indicate that today’s hyperstimulating porn/chat can’t cause addiction—as some sexologists assert. They mean that desperately needed research hasn’t been done—and isn’t likely to be done very promptly—for reasons we’ll get to in a moment.

Gambling researchers have already developed blood tests, cognitive tests and, of course, brain scans that measure key addiction characteristics objectively. While such tests are impractical for individual use, they have helped to establish the diagnostic criteria for addiction-related disorders. It may be that the DSM criteria for diagnosis of hypersexual addiction could already be honed to detect even more accurately the presence (or absence) of addiction-related changes: dopamine dysregulation (numbed pleasure response), sensitization and hypofrontality.

After a couple weeks of no PMO (porn/masturbation/orgasm), I tried something completely different – M and O without P – something I’ve never considered. Two days later, I added the P to the MO on a whim and relapsed. The two experiences were vastly different. Just MO was almost shocking, because I had no uncomfortable buzz afterward, no shift of perception. It turned out to be a sweet, invigorating feeling. In contrast, the full PMO session felt like I was totally on a DRUG. Every picture turned my body into a searing blast of tension, each new one more powerful than the last. I felt almost like a “dope surge” run from my brain through my body. Suddenly I could hear and feel EVERYTHING more intensely. Then it was like a cloud of idiocy swept over me, and everything went numb. That feeling lasted two days at least. Enlightening.

It would be unwise to wait

The DSM should act now. Here’s why:

I experienced a no-libido period for weeks right after I quit, but now I seem to walk around with a boner all day and feel like an animal I have to tame when around women. Not surprisingly, I have no trouble achieving and maintaining a solid erection during sex. This is opposed to sitting in front of the computer stroking a half-erect penis to hardcore pornography like I was 1-2 months ago.

It’s now been 34 days since I engaged in the full PMO cocktail I was using, and the longer I go, the more I can feel my willpower growing. I find myself more positive and productive and that’s helping a ton. I’ve got a couple of prospects on the online dating front – one that should lead to a date this week. I’ve also noticed myself appreciating the beauty of real women more, which is just awesome.

If you can manage at least 3 weeks, you’ll see how powerful all of this is. The clarity and lack of depression for me was extremely noticeable and I felt like a different person. It gave me some hope that there is nothing fundamentally wrong with me. I see myself having a spice of life again. Just with everybody. Honestly my life, socially speaking, is changing, and I see it even when I have an occasional relapse.

Let’s do the right thing

It’s time for the DSM to face the science of behavioral addiction squarely with respect to sexual compulsivity. Sexual compulsives need help understanding the changes in their brains so they can restore them to normal sensitivity. Pills and counseling for “pre-existing conditions” don’t do the job.

Even academic sexologists may one day be glad if the DSM jumpstarts their awareness of the profound link between sex and recent brain science. Addiction research is revealing important information about the very brain circuitry most relevant to their profession. The reward circuitry governs/facilitates libido, erections and orgasm in addition to addiction. Better education about this circuitry of the brain would, in fact, foster a more enlightened understanding of critical aspects of human sexuality and pair bonding.

Treating sexual compulsion as an addiction-related disorder because of its effects on the brain would align with the trend in psychiatry as a whole:

The intellectual basis of [psychiatry] is shifting from one discipline, based on subjective ‘mental’ phenomena, to another, neuroscience.” Thomas Insel

Unless the DSM reconsiders its recent decision, those who become hooked on today’s synthetic erotica will continue to be misdiagnosed and discouraged from making the changes that can reverse their pathology. If instead the authors of the new DSM act to underscore the connection between the brain’s reward circuitry and hypersexual disorders, they could do much to help protect everyone’s free will and appetite for sexual pleasure.