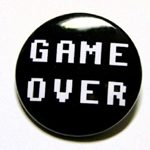 According to NIDA head Nora Volkow, MD, and her team these three physical changes define addiction: desensitization (numbing of the brain’s pleasure response), sensitization, and hypofrontality. These same brain changes (which are now showing up in Internet addicts) also show up in pathological gamblers and drug abusers.

For example, cocaine use floods the brain’s reward circuitry with dopamine. Nerve cells respond, more or less quickly, by decreasing their responsiveness to dopamine. As a result, some users feel “off” (desensitization). They crave more intense stimulation (tolerance), and tend to neglect interests, stimuli, and behaviors that were once important to them.

At the same time, because their brains have recorded that cocaine use feels good, they grow hypersensitive to anything they associate with cocaine. White powder, the word “snow,” the neighborhood where they smoked, or friends with whom they used will all trigger spurts of high dopamine in the reward circuitry, driving them to use (sensitization). Also, ΔFosB, a protein that helps preserve intense memories and promotes relapse, accumulates in key brain regions. Incidentally, ΔFosB also rises with sexual activity.

If heavy cocaine use continues, the desensitization of the reward circuitry decreases corresponding activity in the frontal lobes of their brains. Now, the users’ abilities to control impulses and make sound choices weaken, and their frontal cortex may atrophy (hypofrontality). Taken together, decreased pleasure response, marked cravings to use, and compromised impulse control fuel the vicious cycle of addiction.

The study of non-drug addictions is still quite new. Yet already experts have uncovered decisive physical evidence that today’s extreme versions of natural rewards can change the brain in ways that drugs do. “Natural rewards” are activities/substances that entice us because they enhanced our ancestors’ survival, or the survival of their genes.

So far, here’s the research scorecard. (Dates indicate when brain-scan research turned up evidence of the last of the three key addiction-related brain changes.)

Here are studies showing the three critical, physical changes in the brains of Internet addicts (two just released in June, 2011):

A reduction of striatal D2 dopamine receptors is the main marker for desensitization of the reward circuitry, a hallmark of all addictions. In this study PET scans of men with and without Internet addiction were compared.

“An increasing amount of research has suggested that Internet addiction is associated with abnormalities in the dopaminergic brain system… [In this study] individuals with Internet addiction showed reduced levels of dopamine D2 receptor availability.”

In this study, college students played Internet video games for 6 weeks. Measures were done before and after. Those subjects with the highest cravings also had the most changes in their brains that indicate early addiction process. The control group, which played a less stimulating game, had no such brain changes.

“These changes in frontal-lobe activity with extended video-game play may be similar to those observed during the early stages of addiction.”

In this study, researchers found a 10-20% reduction in frontal cortex gray matter in adolescents with Internet addiction. Research on other addictions has already established that decreases in frontal-lobe gray matter and functioning reduce both impulse control and the ability to foresee consequences.

We don’t have sex anymore. We don’t go on date nights or anything together. I feel so guilty because I just can’t take it anymore. Ever since 2 weeks into our marriage I was threatening to divorce him.

Three of my friends did realize they had a problem, but 2 of them said they’ve made attempts to quit, and they literally think there’s nothing they can do about it. *

Sexual cues can be more compelling than gaming activities

Mock warfare and risky quests were no doubt high priorities for our ancestors. That’s why we find play rewarding enough to get hooked. Yet reproduction is our genes’ top priority. Like food, sex is essential to genetic success.

It’s worth considering what brain researchers have learned about food. When rats had unlimited access to cafeteria food, nearly all of them showed a rapid drop in D2 (dopamine) receptors (numbed pleasure response), and then binged to obesity. The D2-receptor drop apparently motivates mammals to grab as much as possible while the getting is good—whether high-calorie foods or a willing harem.

Back to food. In recent years, brain researchers have also turned up evidence of all three key addiction processes in the brains of overeaters:

Is history repeating itself?

History is full of examples of “common knowledge” that turned out to be erroneous upon investigation. Consider margarine. Everyone “knew” it was better for you than butter. Experts were so confident of this “fact,” that they didn’t even test it for years, and regularly advised people to substitute margarine for butter.

Finally, experts did test the healthfulness of margarine. It turns out that trans-fatty acids (found in margarine) are among the most dangerous fats. They are far worse for humans than butter.